Because, believe it or not, I did leave some VERY good shots behind!

Know this, though. The number of pictures appearing in this post is directly proportional to my level of appreciation for that bread pudding.

So… think I liked it? At least a little bit? 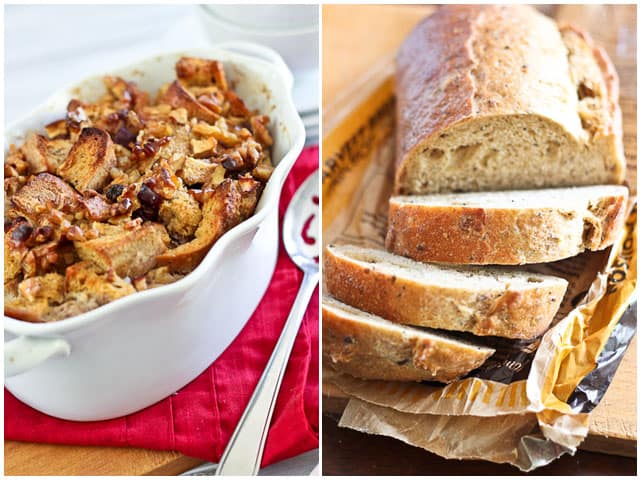 It was, without a doubt, THE best bread pudding I have eaten in my entire life.

And you know what? I enjoyed all four VERY GENEROUS portions for breakfast… all that WHILE being on a weight loss stretch.

You read that one right.

And you know what still?

The fat is actually coming right off!

It might be hard to believe by looking at it, but this bread pudding is healthy as can be!

But hey, don’t take my word for it. Go ahead and take a look at those nutritional facts… I didn’t make them up, you know! 😉

Never in my life did I imagine that I could eat such an amazing and sweet tasting dessert for breakfast and feel so full and supported for so long. I can guarantee that this one will not send you crashing an hour after you’re done eating.

I wasn’t even in a hurry to have my morning snack after eating this.

In all honesty, I think it could easily serve 6. And if you are going to serve this as a snack or dessert, you can very well make that number an 8. 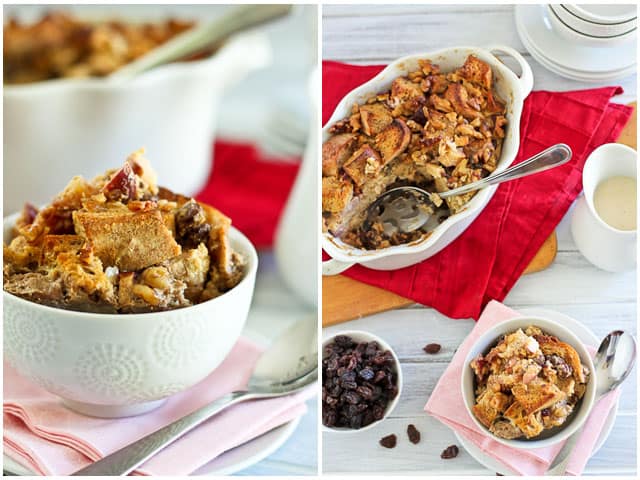 If you are a fan of bread pudding, by all means, give that one a try.

And don’t be afraid of serving it to guests, or even kids.

Trust me, no one will care that it was made with whole grain bread.

Heck, they probably won’t even notice! 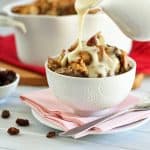 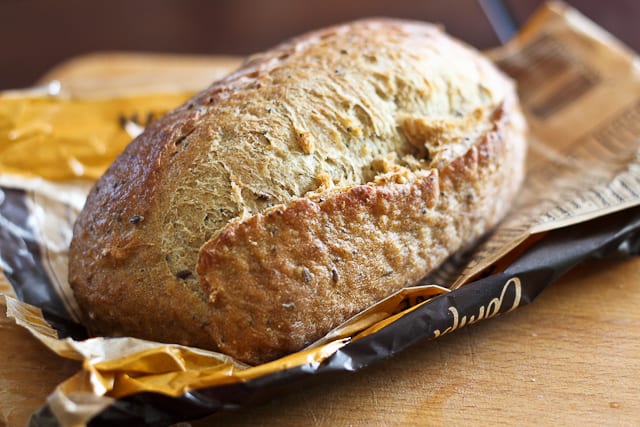 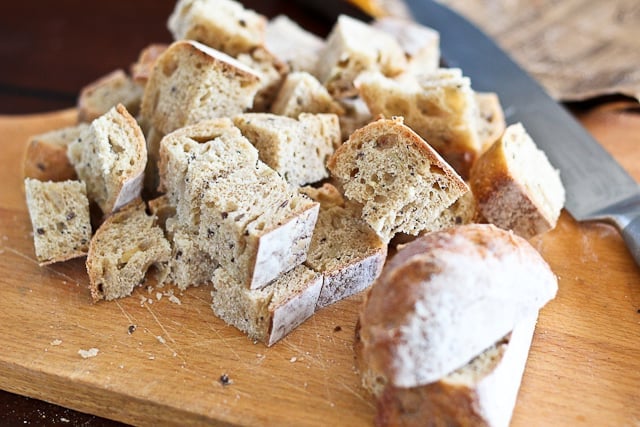 All cut into cubes 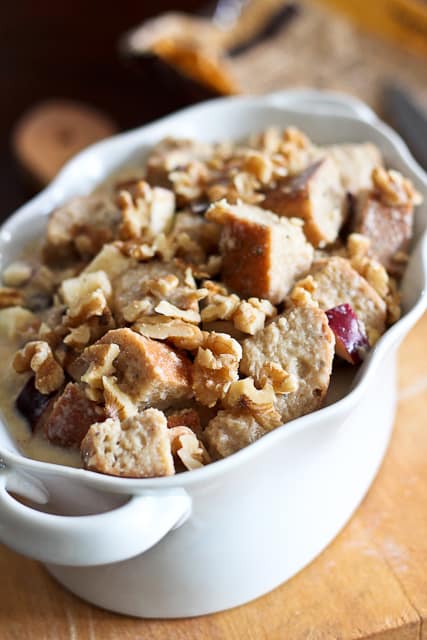 After a nice long bath… 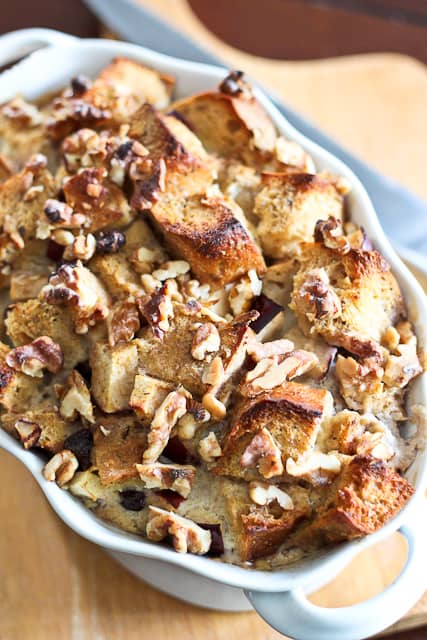 Straight out of the oven…

Oh! I wish you could smell that! 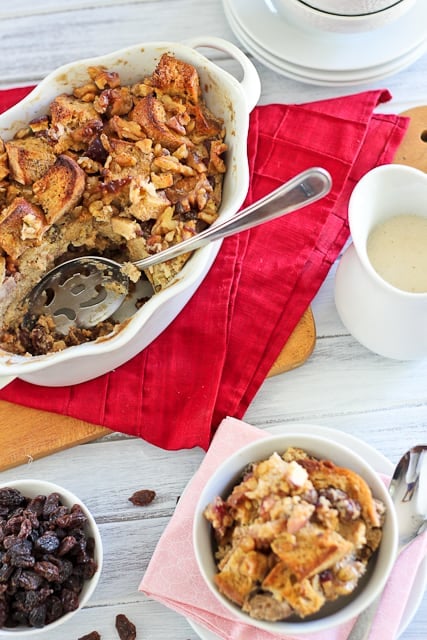 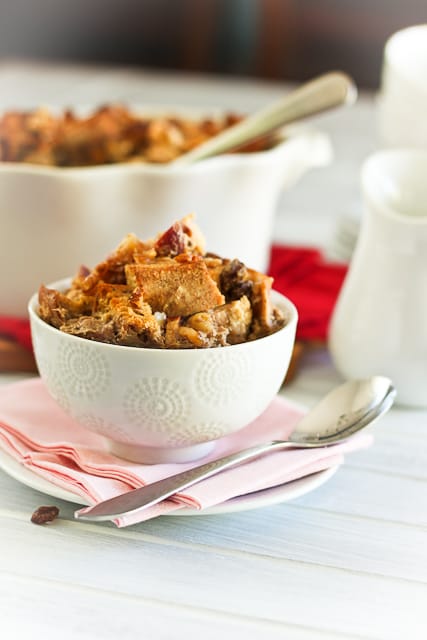 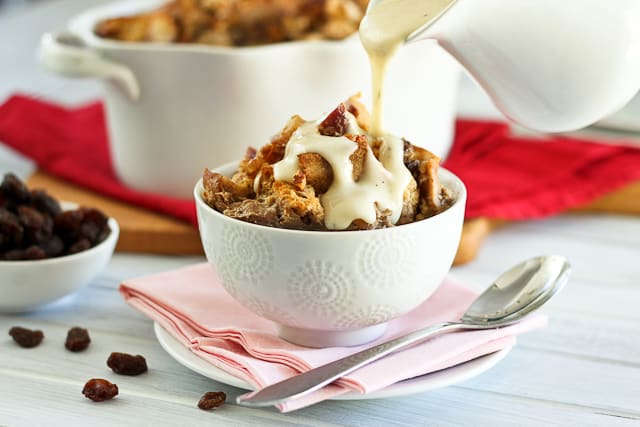 Let’s add a little sauce, shall we? 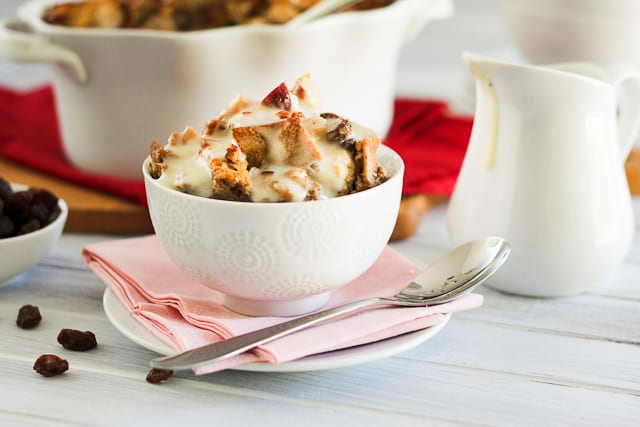 Yum! All good and ready to go… 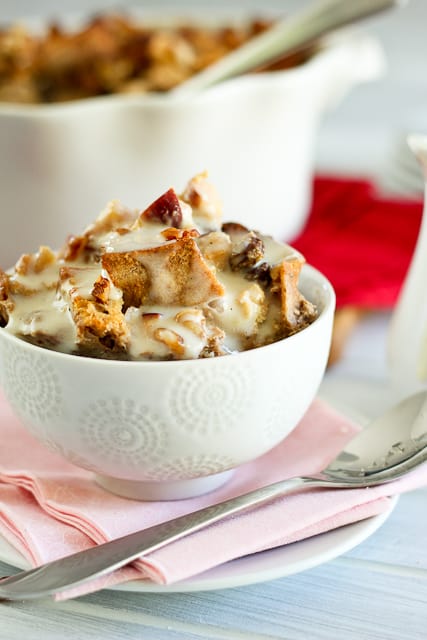 Does that look good or what? 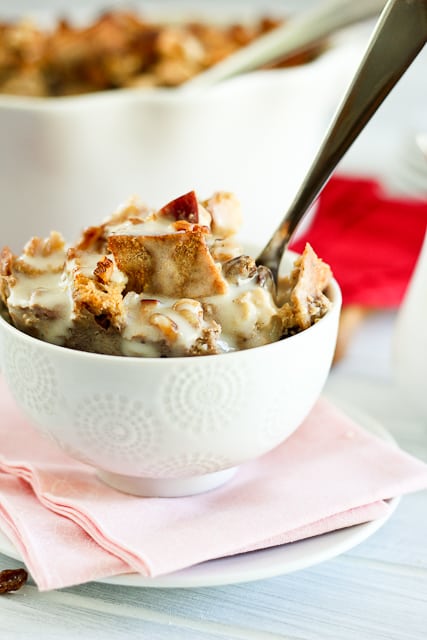 Go ahead, dig in! 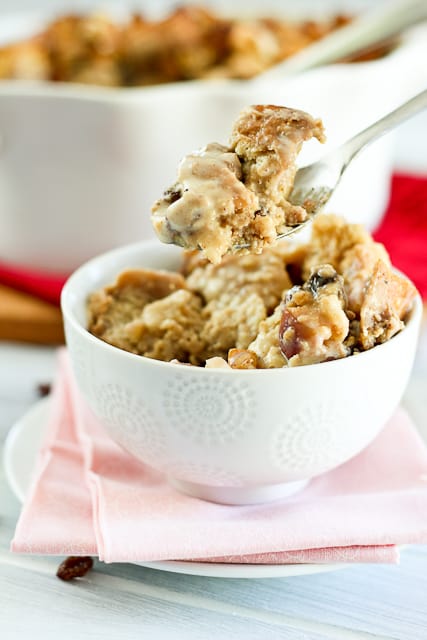 Now for a taste test… Moist enough for you?

posted by Sonia! The Healthy Foodie on September 14, 2012

67 Comments on “This Can’t Be Healthy! Apple Cinnamon Bread Pudding”