I’m usually one to do fruits and dairy in the morning, complete with a big heaping scoop of whey protein powder.

In other words, I tend to do smoothies, parfaits or soft serves.

If not that, then pancakes, breakfast bakes or oatmeal.

I’ll even do cake, sometimes…

Bottom  line is, I’m usually in the mood for a good dose of carbs as well as a little bit of sweetness this early in the morning.

Seriously, I get tons of different ideas and always look forward to trying the next one out. So much so, I could easily turn this place into “The Great Egg White Omelet Blog”  but I get the feeling that you guys wouldn’t be too impressed if I did that…

Still, I intend to share a few of my favorite ones with you. After all, I think they make for an EXTRAORDINARY breakfast and I can’t think of a much better way to start your day.

This particular one I had 2 days in a row. 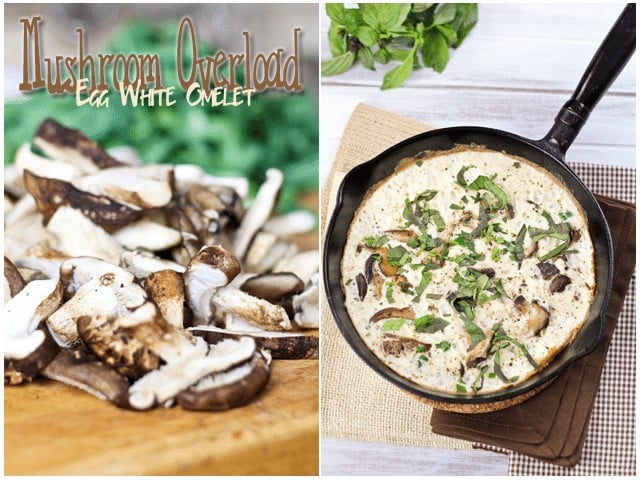 It was actually the first omelet that I truly craved, the one that started it all.

When I initially elected to take the Whole30 challenge, I had decided that I was not going to adhere to the “no SWYPO” rule and that I was still going to enjoy my daily breakfast smoothie, only I would keep the ingredients Whole30 compliant.

But then, something weird happened. I was working out one morning when I got this CRAZY craving for a mushroom loaded egg white omelet, cooked in a cast iron skillet. Don’t ask me why or where the idea of the cast iron skillet came from. All I knew is my omelet would HAVE to be cooked in one.

I could barely wait for that workout to be done with so that I could get busy cooking.

That very morning, my omelet turned out absolutely, stunningly GORGEOUS! As in totally FLAWLESS. Sadly, I had to go to work and didn’t have time to take pictures, so I decided that I would get the photo set ready that night and repeat the exact same experience the next morning. 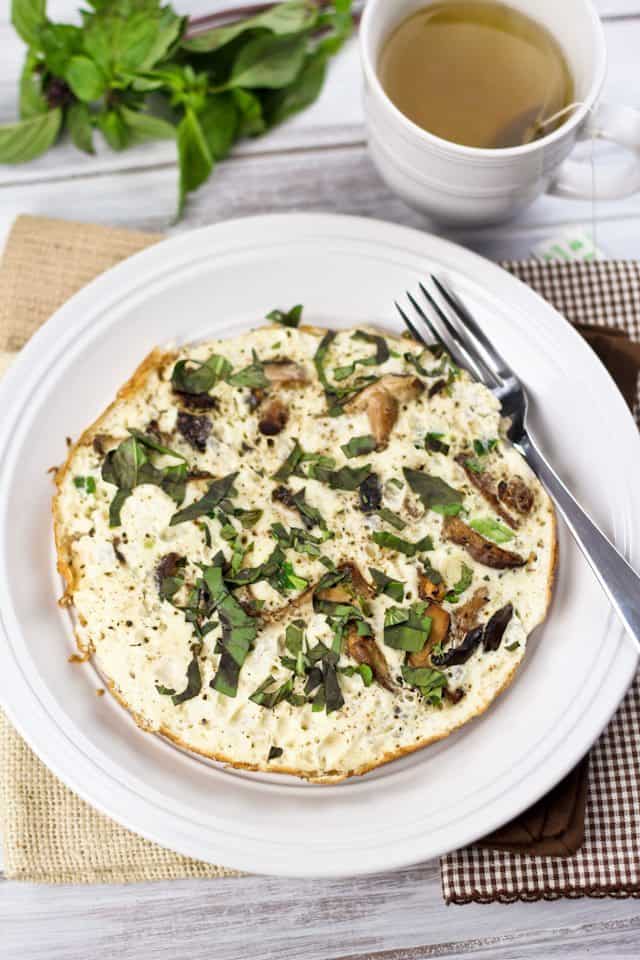 Of course, now that I was ready to take pictures, it didn’t turn out half as nice… Looks like the mushrooms all went hiding!

But there WERE loads in there, I swear. And altough it was not quite as pretty, it tasted just as good, I can tell you that!

If like me you are a fan of mushrooms, then this one definitely is for you!

Take my word for it. It has so much mushroom in it, and beefy, chewy mushrooms at that, it almost feels like you’re eating steak. 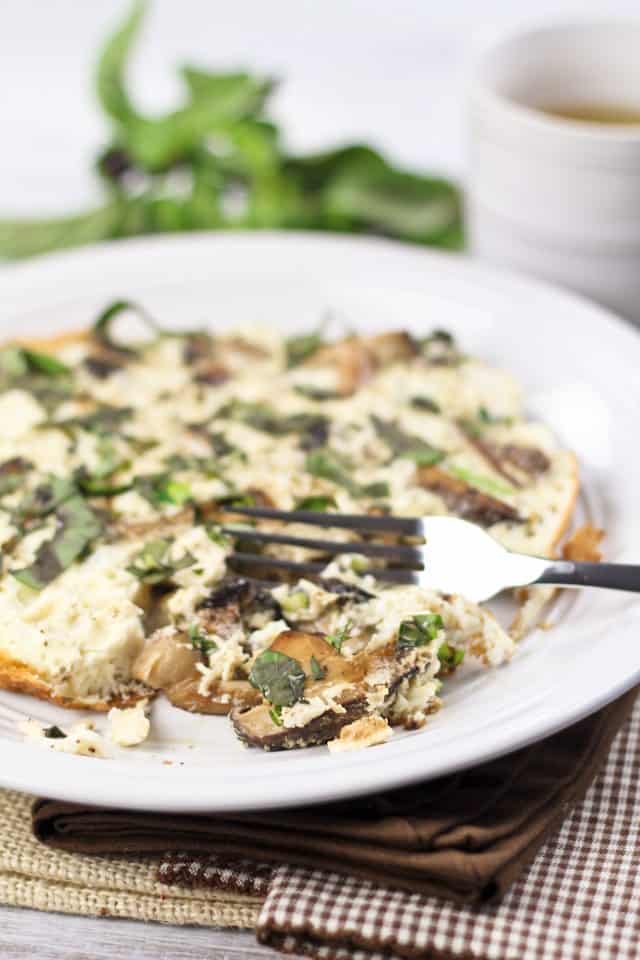 AHAH! See? There’s a mushroom!!! Told you there were some in there!

Oh, and speaking of flavor… I just discovered the wonders of using coconut oil for cooking and I am entirely sold!

I am TOTALLY in love with the subtly sweet but unbelievably rich flavor that it confers to food.

It’s like a thousand times superior to butter in that department, plus, it has a very high smoke point, so you don’t have to worry about it burning on you.

Oh, and did I mention it was super healthy? 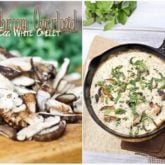 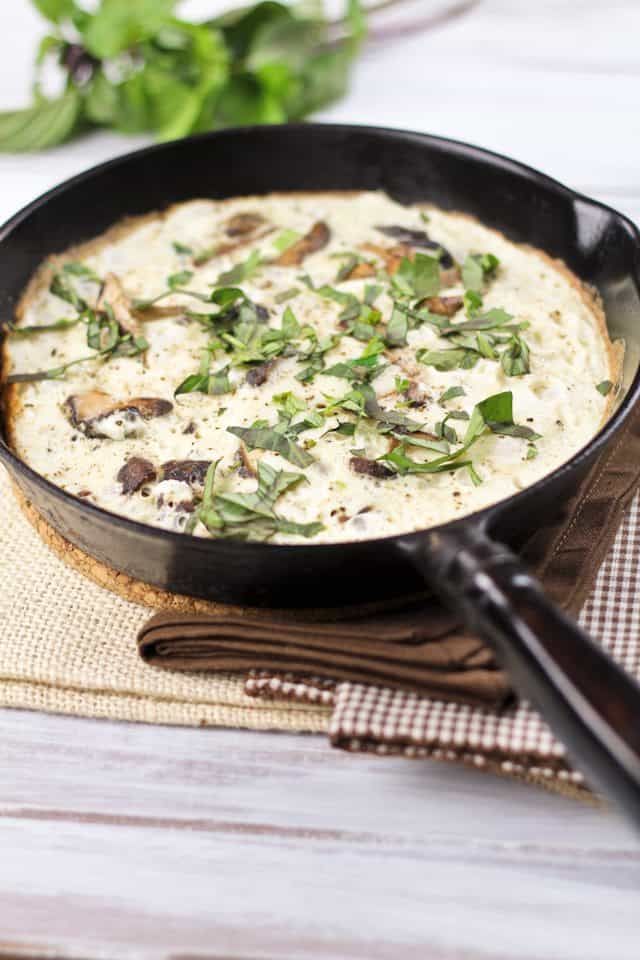 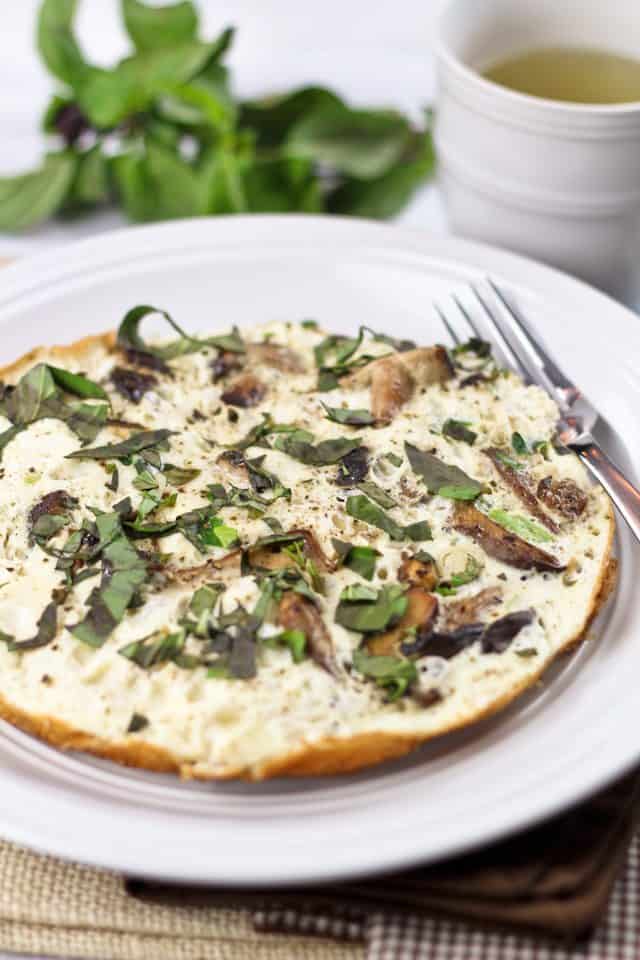